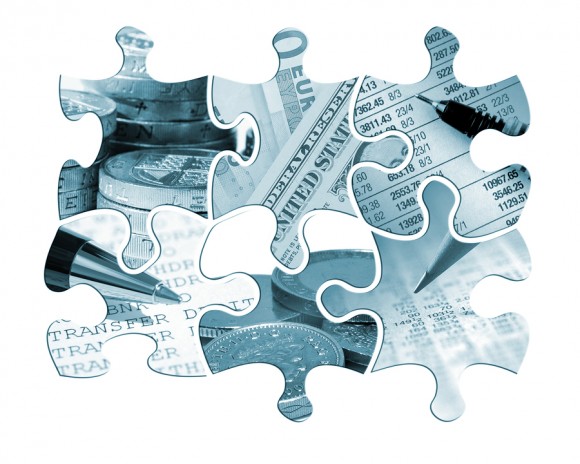 LONDON – A funding crisis at Greensill Capital could spill over into some of its high-risk lenders and lead to losses for insurers and banks doing business with the UK-based supply chain finance company if its clients fail, according to several industry experts. and an overview of public filings.

Greensill, backed by Vision Fund of Softbank Group Corp, helps companies spread the time they need to pay their bills. The loans, which usually have a term of up to 90 days, are secured and sold to investors, allowing Greensill to make new loans.

“The inability of borrowers to pay could in turn lead to losses for credit insurers who have sold default payments on Greensill bonds purchased by the Credit Suisse funds.”

Earlier this week, Greensill’s primary source of funding suddenly came to a standstill. Swiss bank Credit Suisse Group AG and asset manager GAM Holdings AG have suspended redemptions from funds that held most of their $ 10 billion assets in Greensill notes over concerns about being able to value them accurately.

Greensill is ready to file for bankruptcy and is also in talks to sell large parts of its business to private equity firm Apollo Global Management Inc., a source close to Greensill said Wednesday. But Apollo has no plans to rescue Greensill’s lenders and does not even want to make loan arrangements to Greensill’s more risky customers, two sources close to the talks said because of the financial and reputation risks.

While Greensill did not name Apollo, he confirmed on Tuesday that he was in talks with a “leading global financial institution” to buy his business. Apollo, Softbank and Credit Suisse declined to comment.

The uncertainty over the next few days could go through Greensill’s clients and other financial institutions.

This can be especially problematic for clients with a higher risk, who may struggle to raise funds elsewhere or have to pay much more for the financing.

“If you only have one source for this kind of capital, you may have to scramble around,” said Craig Jeffrey, strategic consultant at Strategic Treasurer near Atlanta, which advises clients on supply chain financing.

Any inability of borrowers to pay could in turn lead to losses for credit insurers who have sold default payments on Greensill bonds purchased by the Credit Suisse funds. And if the insurers do not pay, investors can sue Credit Suisse to cover their losses, said Thorsten Beck, professor of finance at the University of London. Morgan Stanley analysts said in a research note this week that even if the Swiss bank does not face direct financial losses, its reputation will suffer as a result of the crisis.

In addition, a bank owned by Greensill in Germany, which keeps the company’s short-term loans on its balance sheet before it is secured and sold to Credit Suisse, could also be the loss of the hook if the sudden withdrawal of credit causes any defaults. according to rating reports and published accounts, it was temporarily held for debt.

German financial regulator Bafin has filed a criminal complaint against Bremen-based Greensill Bank on Wednesday, saying the money lender could not provide evidence of the progress it made according to the GFG Alliance metal-to-finance group. .

James Doran, spokesman for Greensill Capital, said in a statement to Reuters that a freer talks were being held on an agreement for parts of his business that could help preserve operations and jobs. “While the structure of the new business is still being determined, we expect that the transaction will ensure that the majority of Greensill customers will be financed in the same way as at present, and that it will also retain a significant number of jobs.”

Greensill Bank “always seeks external legal and audit advice before discussing any new asset,” Greensill Capital added. It declined to comment on the specific Bafin allegation. GFG did not respond to requests for comment on Greensill Bank.

The supply chain lending model is usually seen as a relatively low risk investment. But Greensill, founded in 2011 by former Citigroup banker Lex Greensill, has taken on some very indebted customers, making them publicly available to lenders. The accounts also borrowed money to finance fixed assets such as buildings and factories, which are usually financed by long-term financing, while supply chain financing usually covers short-term debt such as paying for inventory.

One of its biggest customers is GFG, run by the Indo-British metallurgist Sanjeev Gupta. GFG Alliance had to pay an interest rate of 12% when it issued public market debt in 2019.

But Greensill said his business typically offers about 4% credit to businesses, and could do so because investors would accept low returns, as he ensured the debt was covered by assets that would materialize quickly.

Reuters could not know the specific rate at which Greensill charged GFG and how many GFG loans offset the Credit Suisse and GAM funds assets. Previous accounts for the funds and the companies involved show hundreds of millions of dollars in outstanding credit at the same time.

“GFG Alliance has sufficient current funds and its plans to raise new capital through refinancing are progressing well,” he said, adding that the troubled companies that bought GFG are being turned around and generating positive cash flow.

Any customer’s defaults can also affect Greensill Bank in Bremen, Germany, shows a review of rating reports and published accounts. The bank’s exposure to GFG is unclear, but the most recent disclosure of capital requirements shows that in 2019 it assumed more than $ 1 billion in exposure in Macedonia, the Czech Republic and Romania after GFG started doing business in these countries.

Greensill Bank is largely financed by about 3 billion euro deposits and deposits are protected by the bank’s membership of the deposit fund of the Federal Association of German Banks.

Greensill Bank did not want to answer questions about its finances, and neither he nor Credit Suisse disclose the exposure to individual companies.

Credit Suisse did not want to confirm whether the debt in the fund is currently covered by insurance and who covered it.

Credit Suisse is also a creditor of Greensill. The Zurich source has $ 140 million in loans outstanding to the company, a source has revealed.

Greensill would not say if it was suggested in the sales talks that the potential buyer would accept his debt or the debt owned by the Credit Suisse funds. Credit Suisse declined to comment on the debt.

(Additional reporting by Abhinav Ramnarayan and Carolyn Cohn in London and Brenna Hughes Neghaiwi in Zurich; edited by Paritosh Bansal and Edward Tobin)