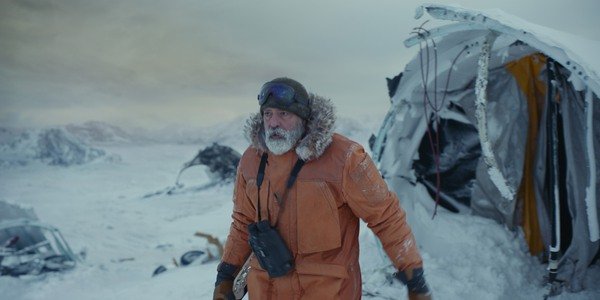 George Clooney shared shocking news about the latest project with the world. The actor said he was his latest role for Netflix’s The Midnight Sky resulted in him being admitted to hospital. He lost more than twelve kilograms because he reconsidered the role of an Arctic astronomer who becomes the survivor of a global catastrophe.

‘I think I tried too hard to lose weight fast and probably did not take care of myself. It took a few weeks to get better and as a director it’s not that easy because you need energy, ‘said Clooney.

Before Clooney started filming, he was rushed to the hospital where he spent four nights, only to learn that he had been diagnosed with pancreatitis. Although the condition can be very serious, the actor was fortunate enough to recover quickly.

‘I grew a big ugly beard and my son loved it because he hid things in it that I would not know before I got to work, and I would like,’ Oh, there’s an ice lollipop in there my beard is sitting. “But my wife and my daughter were very happy when it came down because it was very difficult to find a face amidst all the mess,” he said. He talks about other physical transformations he had to go through to prepare for his role.

The film also stars Caoilinn Springall. “Every thing we did with her was take one. I went to the other actors, ‘Do you see that? Take one, I do not want to hear of your preparation, ” Clooney said. In addition, Felicity Jones and David Oyelowo play the role in the adapted film. from the book, Good morning, midnight: a novel by Lily Brooks-Dalton. The Midnight Sky is available on Netflix on December 23rd.