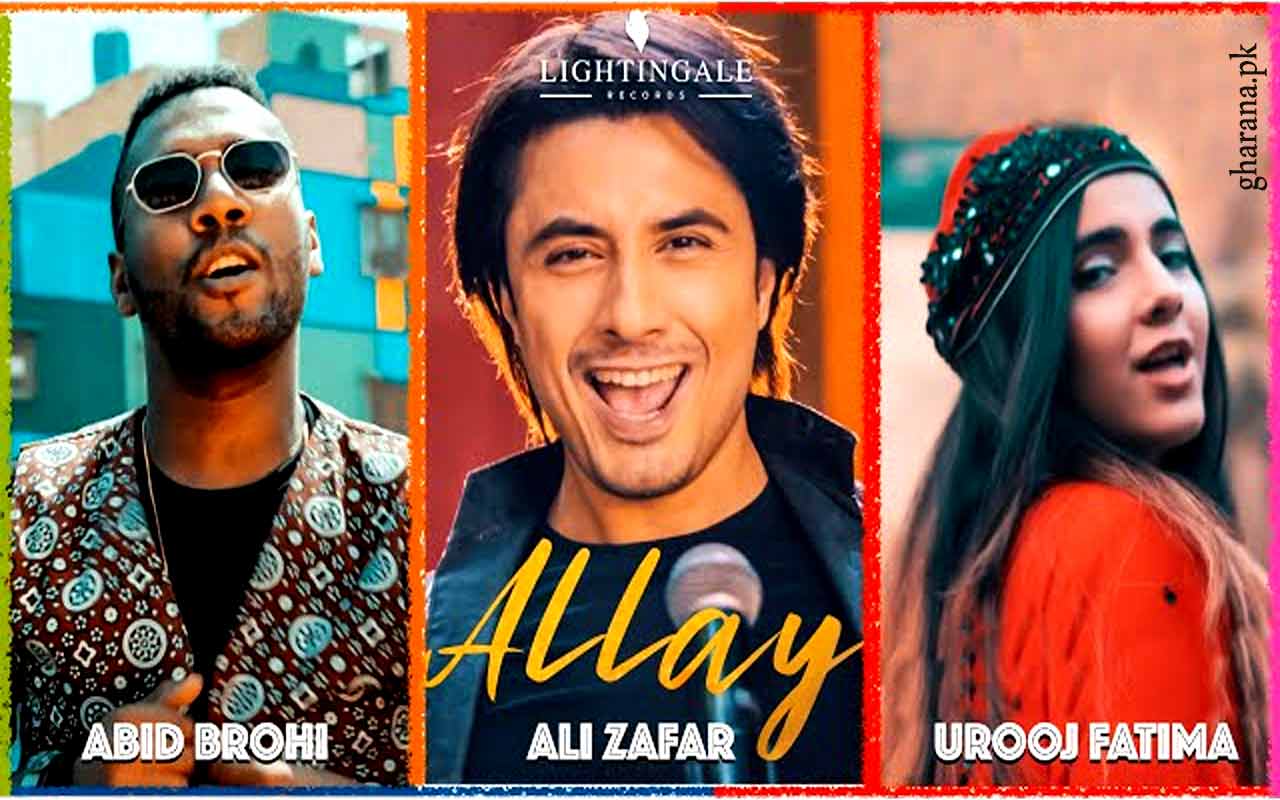 Premiere on 26 November 2020 Allay (Munja Mar Wara) brought together Ali Zafar, Urooj Fatima and Abid Brohi to represent the Sindhi culture. The classic Sindhi song was released on Sindhi Culture Day with few versions to honor the inhabitants of the province.

Here it is! To all my Sindhi brothers and sisters and the artisans of #Ajrak. We must all work together to preserve and promote our Sindhi cultural heritage. Make it a trend for Sindh! #Allay #JiyeSindh # SindhiCultureDay2020 https://t.co/xXfddIIZsi

Thank you so much to everyone for so much love for Allay and Sindh. I’m here to answer your questions. Let’s make #Allay and #JiyeSindh tends to number 1 to show how much we love the people of Sindh and his culture, so I will first answer questions with these two hashtags. #askAZ pic.twitter.com/mQ3IpyYKN7

Fatima recognized Zafar for her success because she discovered her at the age of 12 and gave young talent a chance. She tweeted:

I have never met such a generous and humble star who gave me this opportunity again and accompanied me as an older brother. Very few people let others get the spotlight. You have a great ❤ @AliZafarsays. My all pray for you. #bahihazirhai #AZ ❤️🥰🤲 pic.twitter.com/flFSs7p8td

The audience was welcomed by the audience and called it melodic and an exclamation for the culture:

Ali zafar😍
You cherished the word ‘maroura’ by shah latif in your sweet melody, I am proud of sindh and your sweet voice.🙏❤

After taking it to the screen for a long time, Brohi also received praise for his rap;

His rap gives goosebumps 🔥
He has so much fire and in his words Luv your rap in sindhi, you killed it.
.
.
.
.#BiedBrohi #rap #Allay #allaymunjhamaruwara #RapInSindhi #dope #AliZafarhttps://t.co/ph5kxTaCbq pic.twitter.com/WFgiXyXRPn

However, the song was also criticized for inappropriate cultural representation.